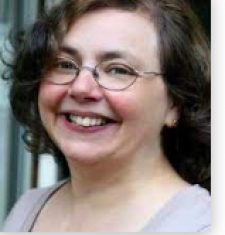 Rabbi Sylvia Rothschild
Rabbi
Rabbi Sylvia Rothschild was born in Bradford and grew up in Bradford Reform Synagogue. She took a degree in psychology at Manchester University, followed by working in a therapeutic community for adolescents, then an adult mental health centre for the London Borough of Islington before training for the rabbinate at Leo Baeck College (Ordained 1987). Rabbi of Bromley Synagogue 1987 – 2002, Rabbi of Wimbledon Synagogue (2002-2014) and currently Rabbi of Lev Chadash Milano (Italy) since 2016.
Rabbi Sylvia was Chair of the Assembly of Rabbis 1998 – 2003 and is currently Chair of the European Rabbinic Association. She is also co-chair the British Friends of Rabbis for Human Rights. Founder member and on the steering committee of Tzelem, the Rabbinic Call for Social and Economic Justice in the UK.   She was for many years a lay member of the Bromley Research Ethics Committee, and an Appointed Member of the Standards Committee for the the Borough of Bromley, as well as an Appointed Member of the National Information Governance Board for Health and Social Care.
Rabbi Sylvia is also a trained counsellor and has trained and worked as an executive coach.

Special interests – Jewish liturgy, Ethics.
Married mother of three adult children and has one dog and one cat.